Pole position for Borković in France 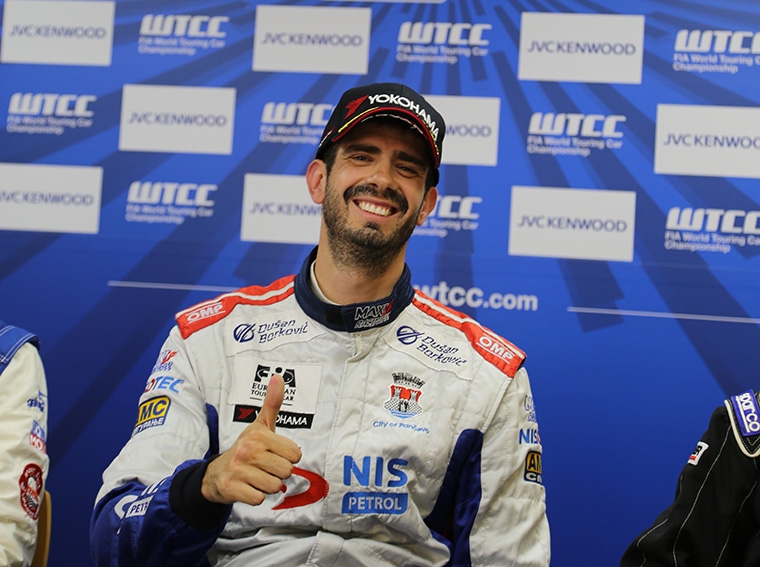 Serbian champion's Hungarian B3 racing was afraid of a tire puncture like it happened in Slovakia Ring qualifying previous weekend. The goal was to make the best time as soon as possible.

Besides the pole position Serbian champion got 3 new points in overall standings which strengthens his leading position in front of Fulin who finished qualifying in the 4th place. Borkovic will start from the first row alongside Andreas Pfister, and Fulin will start from the second row with Mato Homola.

"I am satisfied with qualifying and new points. I made the best time in the second lap and my NIS Petrol by B3 racing team and I decided to return to pit and monitor competitor's progress. I didn't want Slovakia Ring qualifying to repeat when I waited to put new tires in the second half of the session but unfortunately had a tire puncture early. I think that every point is really important. We noticed that nobody was beating my time and we waited ready in the pit. There was no reason to return to the circuit till the end of the session. I am optimistic before the races tomorrow, also because of my last year's experience on this circuit in WTCC." - Borkovic said after qualifying.

Borković has success ballast of 45kg, Fulin 50kg, Homola 38kg and Pfister 23kg. But Borkovic is heavier on average 20 kg from his competitors due to his height and new rules of weighing the car without the driver in SMT category.

More in this category: « Borković wins in Slovakia Borković the best in France »
back to top