Borković the best in France 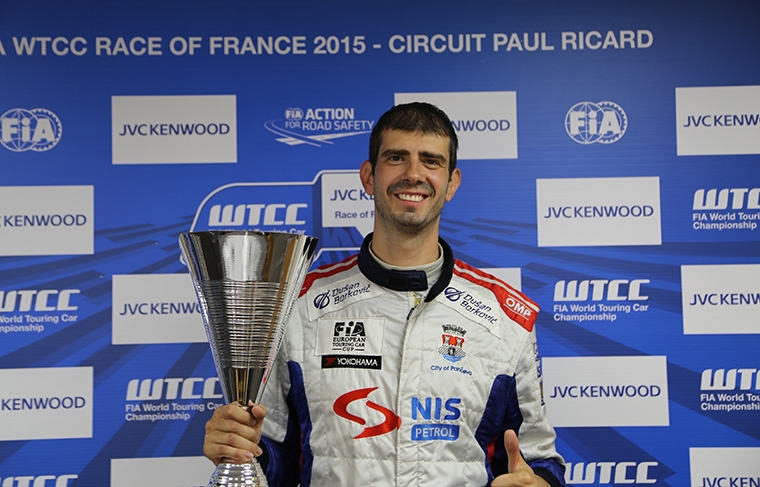 NIS Petrol Racing Team with Hungarian B3 Racing triumphed in the first race and finished second in race 2 in FIA ETCC on Paul Ricard circuit. 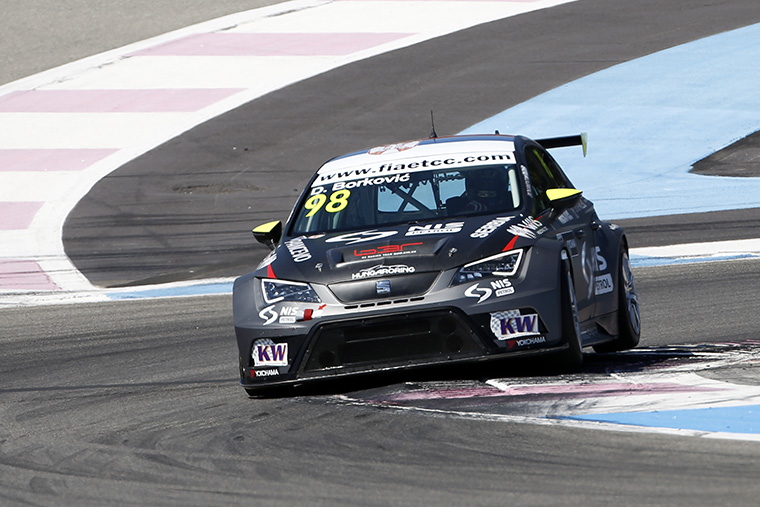 Dusan wraped up an impresive weekend in France with 21 new points (3 in qualifying, 10 in the first race and 8 in the second) and is leading in overall standings with 13 points more the Petr Fulin with 56 points in total.

Serbian champion dominantly won his 3rd race this season. He was the fastest in qualifying and started race 1 from the pole position. Dusan didn't let Homola and Pfister pass him in the rolling start and continued to lead throughout the whole race increasing the gap with each lap.

Duel between Homola and Pfister led to Homola's drive through penalty, which ensured second place for Petr Fulin in the first race.

Borković started from the 8th position in the second race but he passed his competitors and reached second place in 4th lap. Pfister already made a gap and Dusan and his team decided to drive safely and not attack more till the end of the race saving his position and points.

"I am really happy because of the points I scored this weekend, and winnig the first race. Race 2 was harder, start was really though. I am pleased with total points in overall standings before the 2 month break before race in Brno. I will continue to work out hard during summer, but most importantly to work with my sponsors to return to WTCC next year" - Borkovic said at the press conference after the podium in France.

Next racing weekend is in Czech Republic on Brno circuit on 5th and 6th of September.

More in this category: « Pole position for Borković in France Borković to continue FIA ETCC season in new Seat Leon Racer »
back to top