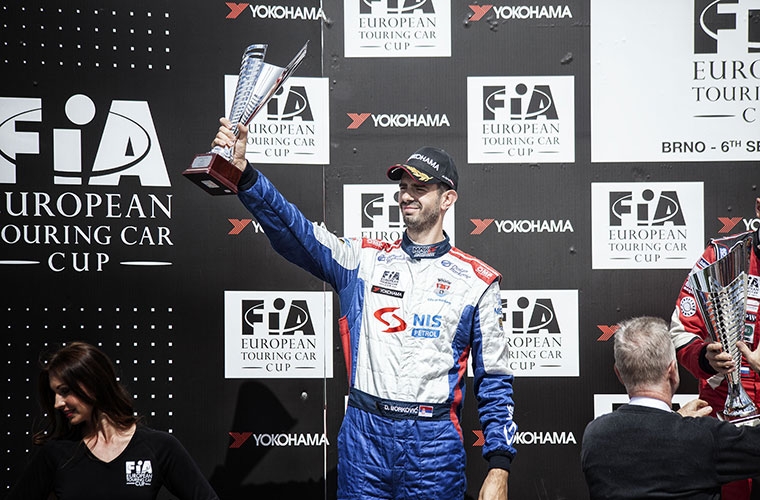 NIS Petrol by B3 Racing team driver won the second race in Czech Republic and increased his lead in the overall standings.

Because of this result Serbian race car driver increased his lead in overall standings with 22 points more then the second Mato Homola.

Borkovic started the first race second behind Mato Homola who used his pole position to increse his lead. Borkovic's main rival till this weekend Petr Fulin finished third but didn't challenge Dusan's position. Homola won the first race but Borkovic was happy that he increased his lead over Fulin in overall standings with second place points.

Fulin's front right glass got broken in the first race and he wasn't able to start the second race which created even bigger gap with Fulin.

Borković started sixth and skilfuly reached the second place behind Kajaia, and shortly after took over the lead from him.

Borkovic collected 20 points this weekend (2 in qualifying, 8 in the first race and 10 in the second) and after 4 racing weekends is in the lead with 76 points, Homola is second with 54 points and Fulin third with 51 point.

"I am really happy after this weekend. I didn't expect it to be this good. I was in front of Fulin in overall standings but because of the trouble he had with the car there was a change in standings and now Homola is second and I increased my lead. I am looking forward to Belgium and I hope i will get at least this many points there, so I can have comfortable lead before the season finish in Pergusa." - Borkovic said after Brno racing weekend 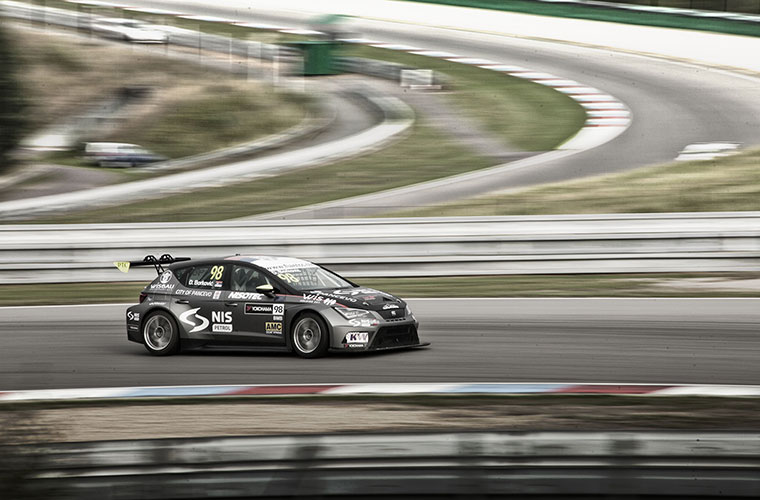 More in this category: « Borković to continue FIA ETCC season in new Seat Leon Racer Borković triumphed in Belgium »
back to top