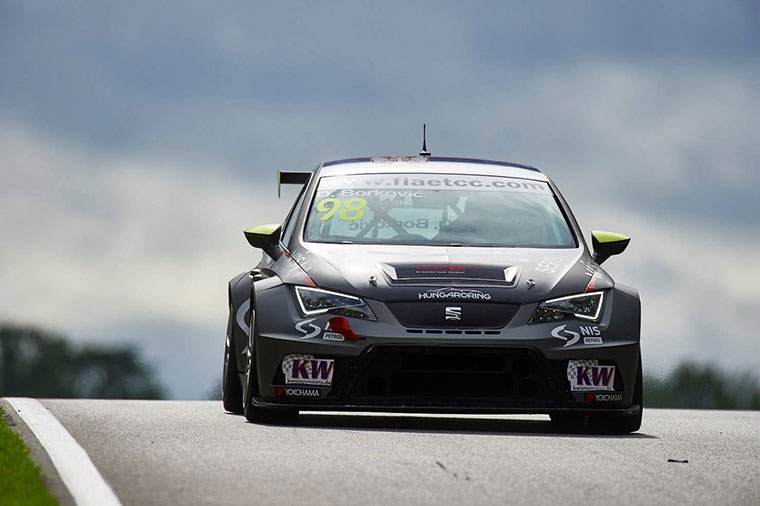 NIS Petrol by B3 Racing team driver after finishing third in the first race won in the second FIA ETCC race on Zolder circuit and now has 5 victories in 5 racing weekends.

The best Serbian race car driver Dušan Borković continues to dominate this FIA ETCC season. NIS Petrol by B3 Racing team driver finished first and third in the races on the 5th FIA ETCC racing weekend in Zolder circuit in Belgium and now has 5 victories. 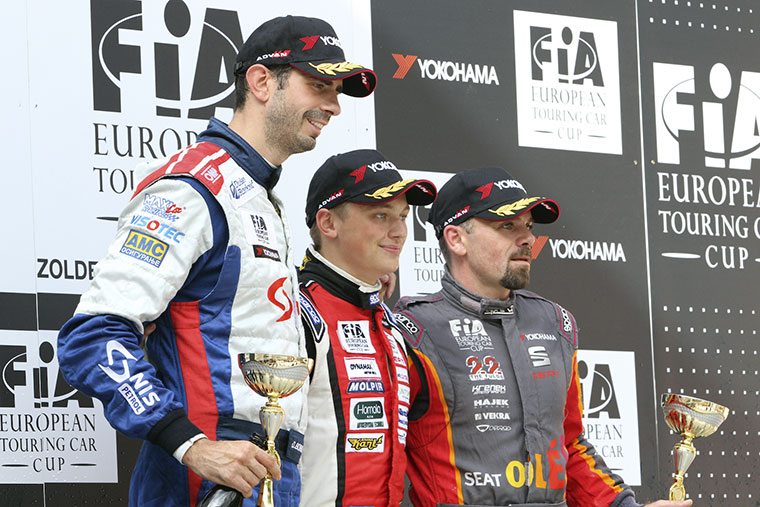 Thanks to this result, Borković stays in the lead in overall standings with 94 points and 21 points more than Mato Homola in the second place.

Despite though conditions on the track and problems with the car Borković kept his pace and finished third.

In the second race Borković started sixth and by the second lap reached 3rd position. Fulin was behind Borković the whole time and Serbian champion decided to take the risk and overtook Jost and Kajaia for the leading position. With a great drive Borković finished the race in the first position in front of Jost, Homola and Fulin. Borković continued his string of winning on each circuit this season.

"I am pleased with this weekend. It was good besides the small problems with the car. I drove carefuly because the main thing for me was to collect more points considering this is the finale of the season. There is only one weekend left in Pergusa with double points and it is very important to have a good lead before then. I am satisfied with 21 points lead" - Borković said after the races. 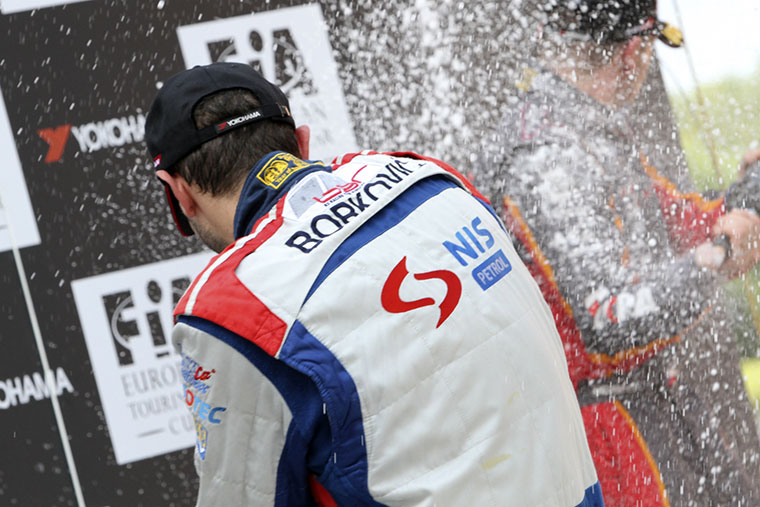 Borković collected 18 points this weekend (2 in qualifying, 6 in the first and 10 in the second race) and after 5 racing weekends has 94 points in overall standings. Homola is second with 73 points and Fulin 3rd with 65.

The last FIA ETCC weekend is in Pergusa, Italy on 10th ad 11th of October.