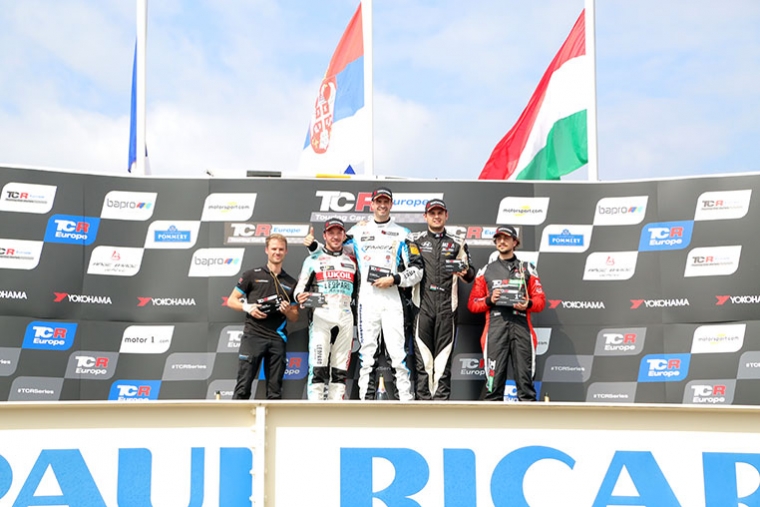 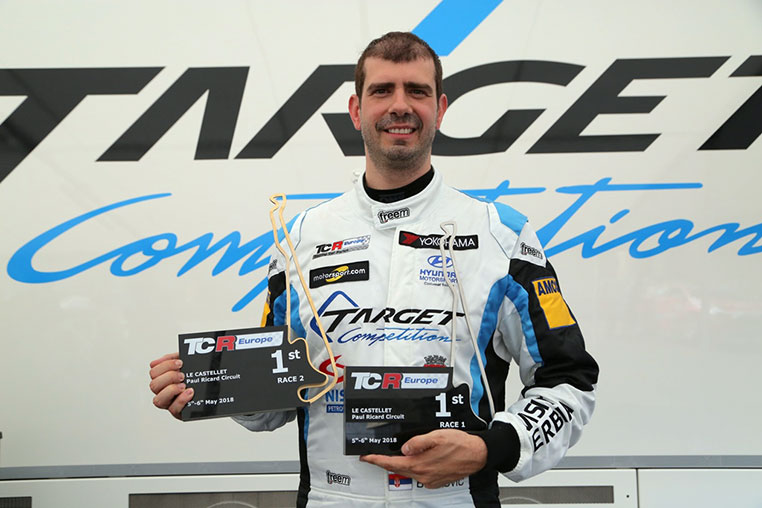 It started to rain before the race on Sunday but Borkovic and other drivers didn’t switch to wet tires. It was crowded on the start and Dusan overtook his teammate Barr and Azcona for the 8th position. Borkovic then overtook many of his competitors and reached 2nd place behind Vernay only 4 minutes after the start.

Borkovic pushed Vernay from the start but he managed to save his position. Borkovic had to protect his position from Daniel Nagy, who was quite aggressive and that led Vernay to make a gap before the final lap. When everybody thought it was p2 for Dusan he showed why he is one of the stars of this championship by overtaking Vernay and scoring the double victory this weekend. 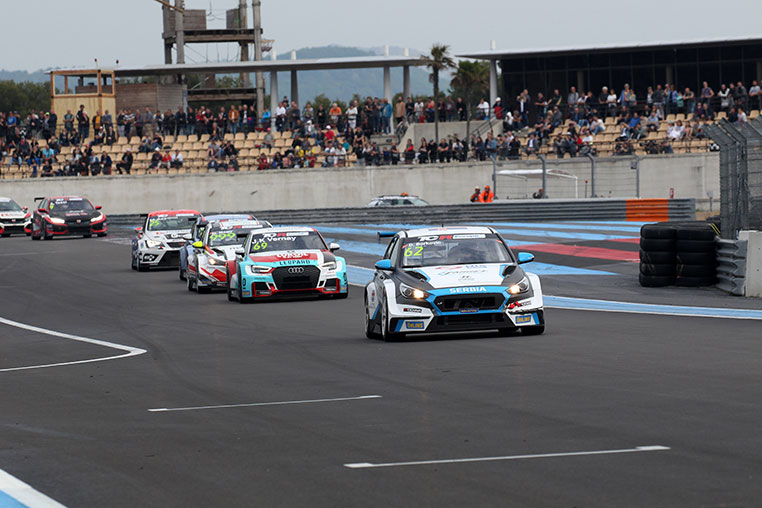 „The second victory was unexpected. It was wet, slippery and very dangerous. I managed to come to p2 from the 10th position very fast. It was hard to keep the position because of Nagy’s attacks. I was happy with that position after the restart but the track was getting dry and I saw that I was faster than Vernay. He was better on the brakes and I waited for the good opportunity to overtake him without the incident till the last lap. I think it was a fair overtaking and I won. I’m very happy and motivated for the next race. I want to thank my fans, sponsors and Serbia for their love and support. Also, big thanks to Target Competition Team and Hyundai Motorsport.“, Borković said after the second race.

Dušan Borković is leading the championship scoreboard after the first weeknd with 55 points.

The next TCR Europe weekend is on Zandvoort circuit on 20th and 21st of May.