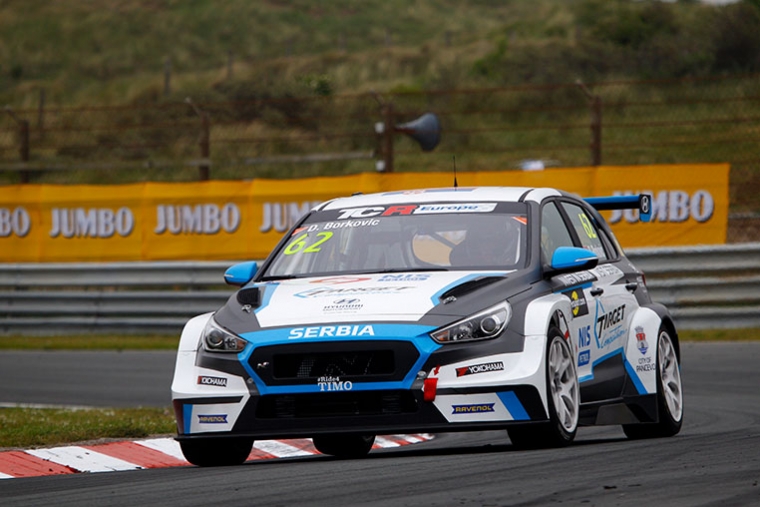 Borkovic is still first in overall standings with 20 point gap from Daniel Nagy in the second place.

After an impressive start of the season, scoring maximum amount of points in France, Borkovic's and other Hyundai i30 N TCR will had its power reduced by 2.5% and its ride height increased by 20mm in the latest Balance of Performance (BoP) changes issued by the TCR organization. While other brands got lighter, Hyundais remained with the maximum ballast.

Despite the dificult circumstances Borković finished q1 in 8th place and q2 in 5th.

“A lot of things changed on the car. I can't say I am satisfied with the qualifying but I scored a point. Target Competition Team did a great job, and my teammates as well but the new BOP made the balance of the car be really bad and I could really feel lower power. I will start 5th on Sunday and 6th on Monday. The most important thing for me is too keep my lead in the championship”, Borković said after the qualifying.

More in this category: « DOUBLE VICTORY FOR BORKOVIĆ IN FRANCE IN TCR EUROPE– FROM THE 10TH PLACE TO THE NEW TRIUMPH AND THE FIRST PLACE IN OVERALL STANDINGS BORKOVIC SAVES HIS CHAMPIONSHIP LEAD AFTER THE FIRST RACE IN ZANDVOORT IN TCR EUROPE »
back to top