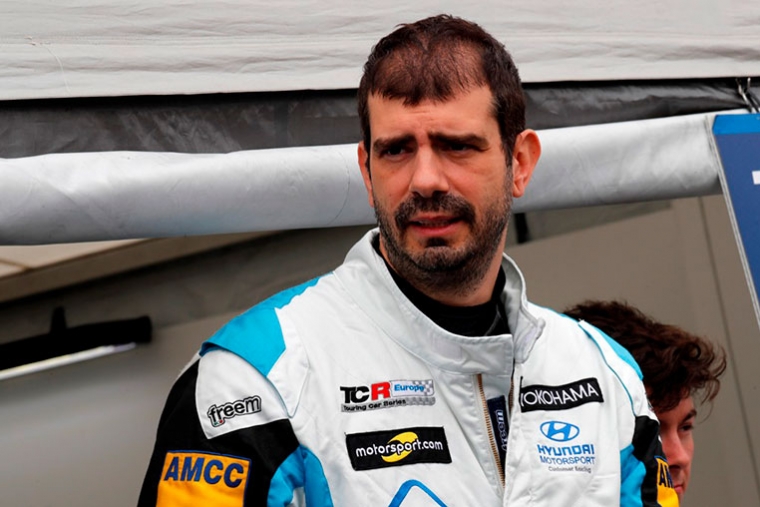 The best Serbian race car driver Dušan Borković is still in the lead in TCR Europe championship but with equal of 66 points with Spaniard Azcona.

All the Hyundai cars, including Borkovic’s had a huge handicap this weekend because of the BoP change that affected them the most.

Borkovic started 5ththe second race because his teammate, Reece Barr couldn’t compete due to the crash in race 1. 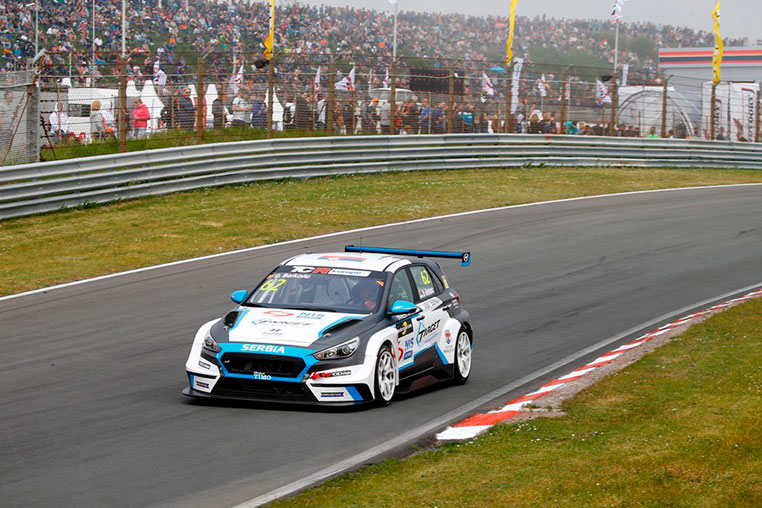 Dusan had a bad luck moment with the loose turbo pipe that he discovered in the warm up lap of race 2. He hoped that it was electrical glitch and attempted to start the race, but after he wasn’t able to start properly or continue to race he had to return to the pit. The problem was fixed immediately so Borkovic returned to the track. The car was perfect but unfortunately too late to catch the others and race for points.

Even though he couldn’t get to top 10 Serbian champion drove the whole race and was p18 in the end.

„Of course that I’m not in the best mood after this mishap. In a warm up lap I saw I didn’t have boost I let everybody pass me at the start so I can come to the pit. It turned up that turbo pipe was loose. I was fast when I returned to the track and I could have been in top 3. I lost a lot of points but managed to save the lead. I hope organizers won’t leave the car this slow and will change BoP for the next round. Tomorrow is a new day and I hope it will be better and the car will be more competitive. I would like to thank my sponsors, my fans and my Target Competition Team“, Borković said after the second race.

Borkovic is still in the lead with 66 points.

Next TCR Europe round is on Spa Francorchamps circuit on 9thand 10thof June.

More in this category: « BORKOVIC SAVES HIS CHAMPIONSHIP LEAD AFTER THE FIRST RACE IN ZANDVOORT IN TCR EUROPE NEW SUCCESS AND THE 7th PLACE IN RACE 2 FOR BORKOVIC IN SPA FRANCORCHAMPS »
back to top