BORKOVIĆ IS BACK IN THE LEAD AFTER THE TCR EUROPE WEEKEND IN ASSEN, NETHERLANDS 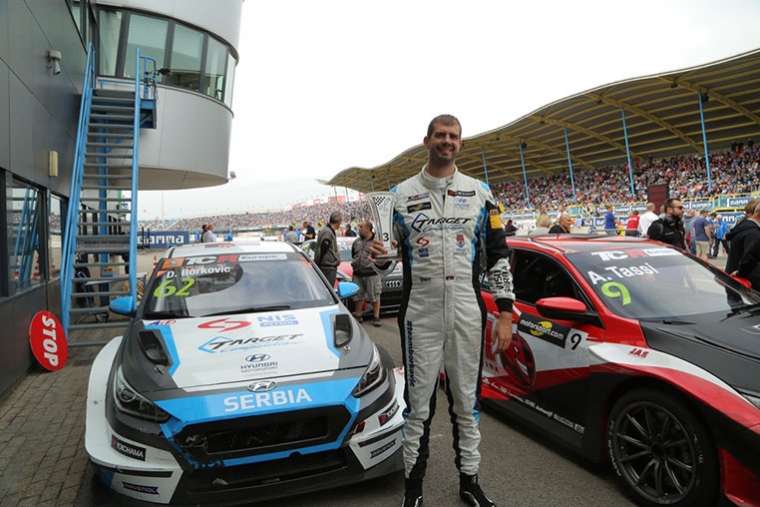 The best Serbian race car driver after 5 racing weekends, 10 races, is in the lead in the overall standings in TCR Europe after finishing race 1 in Assen 6th and race 2 3rd.

Borković now has 134 points, 2 ahead of Spaniard Mikel Azcona. In the hird position in the overall standings is Hungarian driver Daniel Nagy with 114 points.

After a challenging qualifying session when Borkovic’s best lap time in qualifying two was first canceled and then after the team’s appeal reinstated, Dusan qualified 7th.

With the penalty of loosing 3 grid positions from Hungaroring, he started race 1 in the 10th place. After the contact with Dani Kroes, Borkovic lost few positions. He finished race 1 6th from the 12th place after the contact. By scoring new points Borkovic returned to the lead in the overall standings in front of Daniel Nagy and Mikel Azcona by 5 point from both of them.

Borkovic started race 2 on Sunday from the 2nd row, from P4. The start of the race was not very good for Dusan as he lost two positions but managed to regain his starting position shortly. After a hit from Nagy that launched him into his teammate Kris Richard, Richard unexpectedly hit Dusan in the first lap and damaged his car. This did slow down Borkovic drastically, but didn’t stop him to fight for a better position. 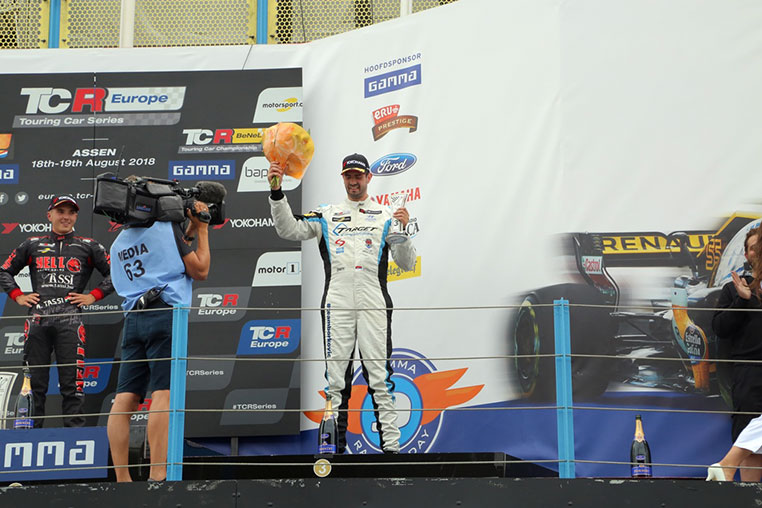 After Daniel Nagy went out of the track, safety car came out. After the safety car Borkovic had some troubles passing Paulsen for the 3rd place with a slightly the damaged car. Dusan was patient and waited for the opportunity to overtake Paulsen safely and fair which he did few minutes before the end of the race, finishing the race in the 3rd place and securing his championship lead before Monza.

"Not bad. One 6th place, good points, and a third place and another podium. I can’t be satisfied with the start in both races. Today, I lost couple of positions again at the start. I didn’t think I would have problems with my teammate Richard considering I am fighting for the championship title and he is not. He hit me and damaged my car. He passed me at one point but I knew I am going to take back the position which I did in the next lap. I was behind Paulsen after that and I knew it will be hard to overtake him. I didn’t want to risk but I was worried that Azcona might get back in the lead finishing second so I knew I had to overtake Paulsen. I did it by the end of the race and even made a gap between us. I didn’t have more time to gain more positions. I am in the lead in the championship. Next round is Monza which is not good for Hyundai with its long straights, but we will fight the best that we can for sure. Overall, I have to be satisfied after this weekend. I hope all my fans, Serbia and my hometown Pancevo are proud of me. I am grateful to my Target Competition team and NIS Petrol Racing Team, all my sponsors.”  - Borković said after the race.

The next TCR Europe racing weekend is on 22nd and 23rd of September in Monza, Italy.

More in this category: « AFTER A WIN ON SATURDAY, BORKOVIĆ DIDN’T SCORE POINTS IN THE SECOND RACE OF TCR EUROPE IN HUNGARY SUCCESSFUL RACE 1 FOR BORKOVIĆ IN MONZA »
back to top