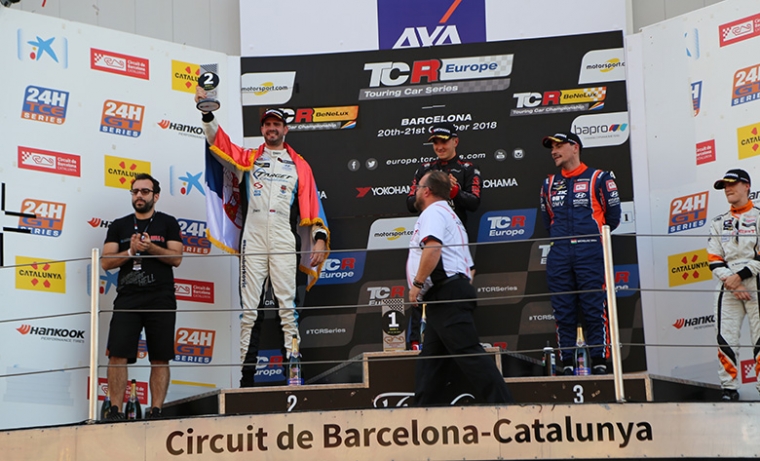 The best Serbian race car driver Dušan Borković is back in the second place in TCR Europe overall standings after he finished second in the race 1 on Barcelona circuit. Borkovic has 154 points, one more than Tassi and Vernay and 23 less than Azcona in the first with one race left till the end of the season.

There are 32 drivers competing in the last event of the season so the competition is thoughest so far. Borkovic finished the qualifying 4th with the impressive drive.

In the first race Dusan started better than Azcona and passed him after the first corner which put him at the 3rd place behind Hondas of Files and Tassi. There was a safety car in the first lap after the incident which gave Borkovic an opportunity to get closer to the race leaders.

Files was hard to overtake and that gave Tassi space to make a gap, but Borkovic was patient and eventually overtook the Britt for the second place. 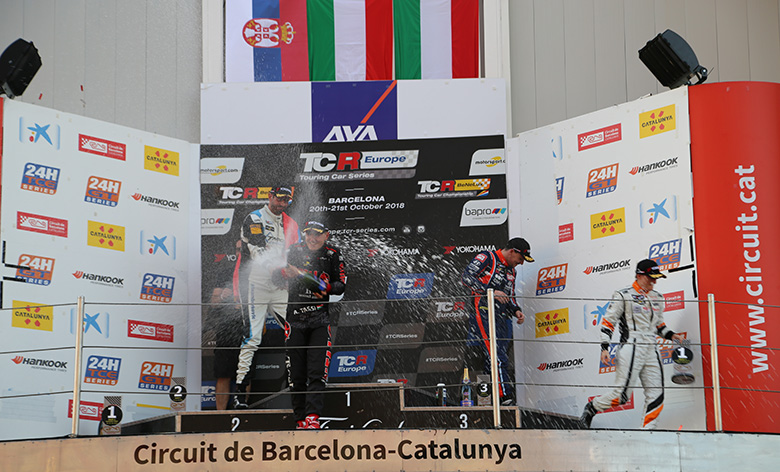 There was no change in the lead till the end of the race. The real drama happened in the last lap when Dusan’s tire punctured and Borkovic abruptly slowed down but luckily managed to finish the race. Borkovic scored 18 points in race 1 and is still a championship title contender.

"I am pretty tired after this race. I am satisfied because I overtook Azcona but Files had to protect Tassi and blocked me for a while. I will see with my Target Competition team what had happened with my left rear tire that punctured during the race. I suddenly slowed down in the last lap 3 seconds in order to finish the race. I am happy to have kept the second position. I hope I will not have such problems tomorrow. I am back to the second position in the overall standings and I will fight to keep it. There is a slight chance of the title of course. Everybody could see how competitive is this championship and how great it is to be on the top of it. I am pleased with my driving today and hope to repeat it tomorrow. I would like to thank my Target Competition Team who did an amazing job like always, sponsors, fans and Serbia”, Borković said after the race.

Borković will start 7th in the last race of the season tomorrow at 15:55CET.

More in this category: « SUCCESSFUL RACE 1 FOR BORKOVIĆ IN MONZA DUŠAN BORKOVIĆ THIRD IN TCR EUROPE »
back to top