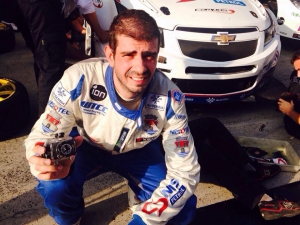 Borković started both races from the 6th row, position 12. He had a great start in the first race and improved two positions. He had better times in first and third sectors than in qualifications yesterday.

Enormous success for Borković in Suzuka, first world podium for Serbia in racing history NIS Petrol by Campos Racing team’s- Driver made the best result in Serbian history of racing winning the second place in the second WTCC race in Japan 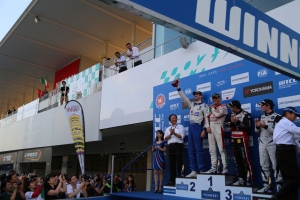 Champion’s welcome for Borković in Belgrade 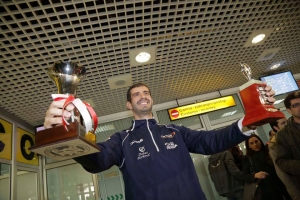 A big number of fans, friends and media welcomed the best Serbian race car driver Dušan Borković at the Belgrade airport today. Dušan made the greatest result in the history of Serbian motosport winning the podium in the second race in Suzuka on Sunday. Although tired from the 20 hour flight Serbian champion couldn’t hide his emotions and surprise in front of the numerous fans who gathered to congratulate him.

Because of the hand injury Borković will not drive Macau races 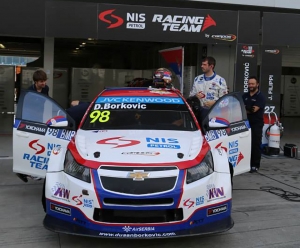 The best Serbian race car driver Dušan Borković made a decission with his NIS Petrol by Campos Racing team not to compete on the last weekend of FIA World Touring Car Championship in Macau for medical reasons.

Dušan injured his hand in Beijing trying to save his car after his steer pump broke as well after the crash in Race1. He also had a lot of injuries on that hand before. He broke it and almost lost it in two accident that he had at the beginning of his carrier when he was 9 and 13 years old.

The best Serbian race car driver Dusan Borkovic and a member of Nisotec Racing Team marked a third win in this year’s FIA European Hill Climb Championship. After triumphs in France and Austria Borkovic won the third race that was driven this weekend in Fito, Spain.