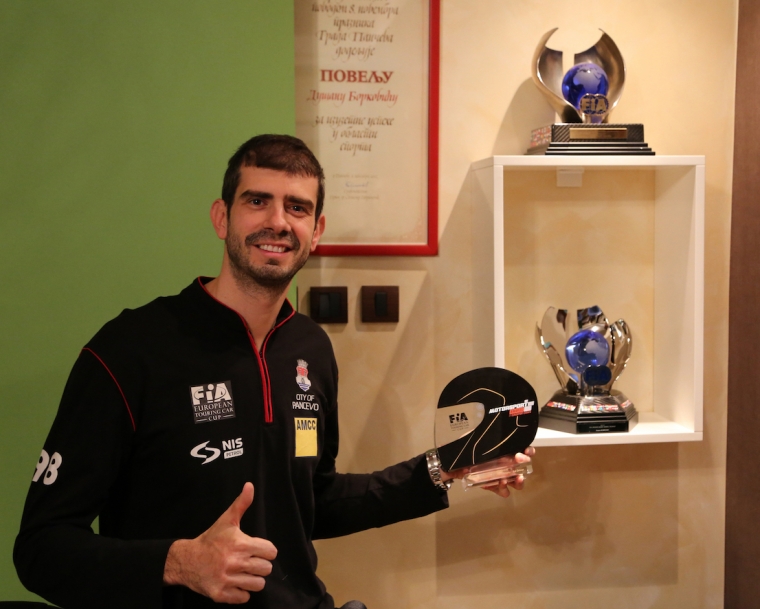 Two time European champion Dušan DUKE Borković is returning to the world scene in TCR International series. Serbian champion will be driving a new Seat Leon with Hungarian B3 racing team. This decision was made after a few months of considering different options with many teams in WTCC and TCR, but also other series as well as negotiations with sponsors.

Negotiation with Hungarian B3 racing was crucial for the final decision. Borkovic became European champion with B3 racing this year, and one of the reasons was their great support, teamwork and dedication to Dušan.

“ TCR will be a great challenge for me. I am happy to continue with a great team in the world series after winning European title with them. I am familiar with TCR officials, we have a great relationship considering we go back to 2013 ETCC season. I was thinking for a long time and decided that TCR International series is a great championship for independent drivers like I am. Unfortunately WTCC focuses on factory teams at this point." - Borković explained.

TCR owner Marchelo Lotti founded WTCC 11 years ago and left the series in 2014. In 2015 he founded TCR International series, a new and innovative championship also with 24 races on 12 weekends. In just one year TCR made wonderful results with great drivers like Rob Huff, Gianni Morbidelli, Pepe Oriola, and many others. It's very interesting that 3 races in Bahrein, Singapore and Malaysia will be driven on the same weekend as Formula 1, which brings even more excitement to the calendar.

"I am really excited, I'm leaving for USA soon where I usually prepare for the season. Tests and preparations for the championship officially start in February, season starts on April 3rd in Bahrein. My team is still working and will continue negotiating with sponsors for 2016. I will work hard to justify trust not only of my sponsors, but also my fans, Serbia and City of Pančevo.”- Borković said.

First race is on April 3rd in Bahrein and season ends on November 20th on the exciting street circuit in Macau.