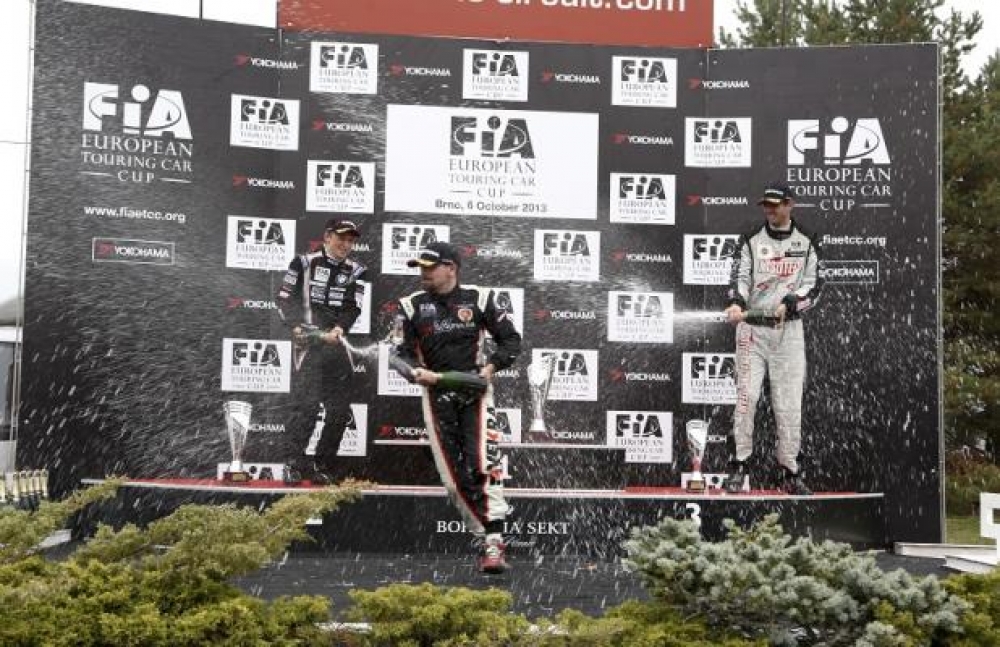 Dusan Borkovic added another successful entry in his sport’s CV. In his debut season in European Touring Car Cup (ETCC) he took the third place in overall standings in a strong competition. He managed to get on the podium in Brno races by taking the third position in both races and qualifications.

- A season to remember. My team and I have definetely achieved a great success and respectable result. We entered ETCC wishing to gain some experience and to make a positive impression and in the end everything turned even better than we expected – Borković says.

As the season end approached Borkovic was getting better, more experienced and confident. He won one race in Salzburg and got 14 point, in Pergusa 16 points and in Brno he won third place in both races and his first point in qualifications for total of 13 points. If not for the lack of experince in Monza and crash in Slovakia, Serbian race car driver would have certanly taken part in first two positions battle.

- My ambitions are high for the next season. I still havent decided we will be doing. There are few options, staying in ETCC, moving forward to WTCC or compiting in both championships. The important thing is that the first season in touring races was a success and we showed that we can compete for the highest ranks – says Serbian race car champion.

Borković had a great support from the tribunes in Brno. Except for his permanent fans there were a lot of serb in Czech Republic living and working in nearby countries.

- I was very honored and pleased to have represent my country in the best way possible, the Serbian flag flaunted on circuits all over Europe, often from the winners podium. I’ve received a lot of congratulations from Serbia and our people living abroad. I would like to thank them all and I hope the support will be even stronger in the future – says Borkovic.

There is no time to rest, the plans for the next season started right away. Borkovic will use the next period to prepare for the 2014, and then he is chasing new records and more podiums.