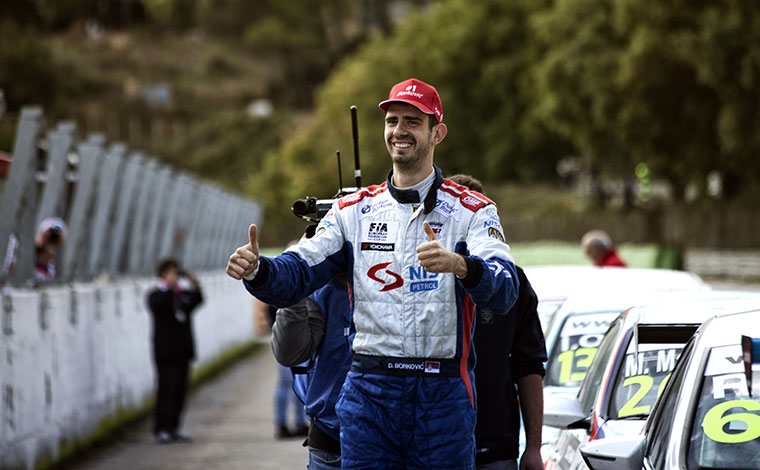 Borković had to win at least 4th position in one of the races to insure his title although he was in the lead for the whole season. The reason was double points in the Sicilian round. Borković dominated in the qualifying and won 6 new points for the total of 100 points.

After Homola’s car stopped at the beginning of the first race it looked like there was nothing in Dušan’s way. But in the first lap Dušan ran off the track because of the tire puncture and hit the wall.

It was not sure if the Serbian driver was hurt in the car. Meanwhile Fulin won the first race and with 20 new points decreased the gap to only 13 points.

It was the most dramatic hour in the whole season. Hungarian B3 racing did everything to get Seat Leon Racer to start the second race, and Dušan had to finish 75% of the race to win new points and the title.

Till the start of the second race it was not clear if Dušan will be able to start but in the end he took his position on the starting grid.

Dušan was not going to force his car but he finished the race and in spite of Fulin’s first place he won the title for the history of Serbian racing.

Winning 4th place Borković finished the season in the first place with 110 points, and Fulin in the second place with only 3 points less. 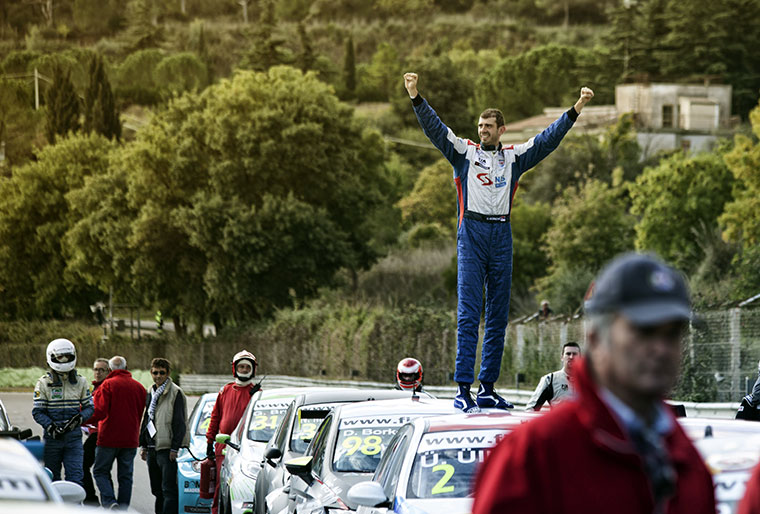 "You saw everything, this was a real test for me and my team. I thought I am in the clear after qualifying and that I just need to finish both races. I even broke the track record in qualifying. I knew I was fast and the car was great. My tire punctured on the second curve in the second lap and I hit the wall really hard. My car was demolished. I was hurt but I wasn’t thinking to quit at any moment. I struggled to get the car to the pit but I had to so we can have at least a chance to repair it between the races.
Fortunately I managed, and my team did a great job repairing the car until it was the time to start race two. Guys did excellent job, they are the heroes of the day.
I want to thank everybody who supported me this season, my sponsors and fans. I proved that I belong in the world class and I hope we will manage to find the budget because we already have many offers to continue racing on the world level." - Borković said after the races.

More in this category: « Borković triumphed in Belgium Borković’s hometown Pančevo welcomed the European champion »
back to top