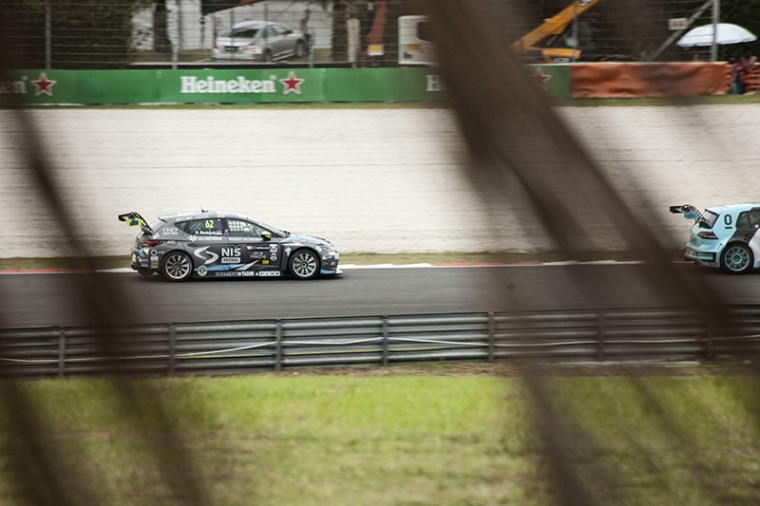 In the spectacular second TCR International race on Sepang circuit in Malaysia Dušan DUKE Borković collected 12 new points. Borkovic finished the race in the 4th place starting from the 11th and now has 161 points in overall standings.

The race start was delayed due to the oil on the starting grid after Pistoreli’s engine problem, and the race had to start under safety car. Serbian champion started from the 11th position but with patience and tactical moves finished the race in the 4th place. In a very exciting race full of duels Borkovic reached 8th position after the incident between Colciago and Grachev in front of him. Shortly after that he passed Vernay and then brilliantly overtook Homola and Oriola together and reached the 5th position. After Comini was penalized drive through penalty, with 30seconds, Borkovic inherited the 4th position. 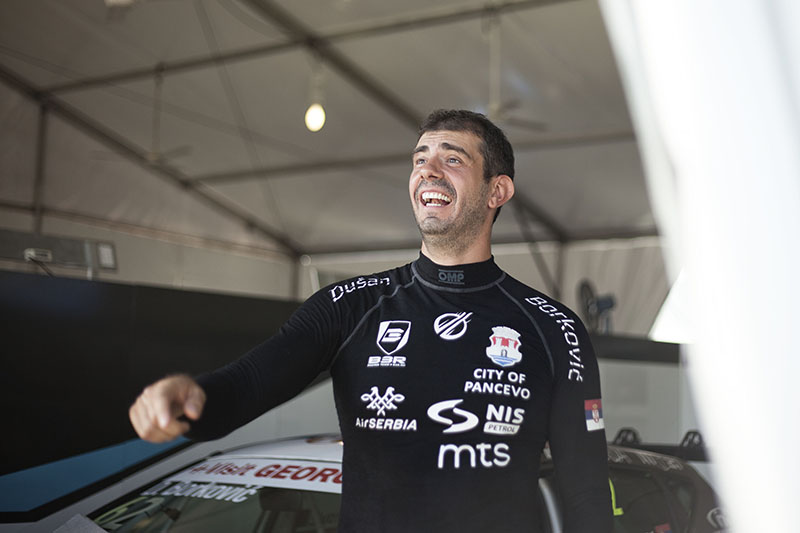 „ I am really happy. It was one of the best races and I showed what I am capable of. I started from the 11th position and finished 4th. I am satisfied. I feel bad because of the incident with my teammate Attila Tassi about which I found out after the race. I didn’t see him on the outside line running off the track, I had the inside line and i was just driving my race safe and clean. I am really satisfied as I am finally heading home to prepare for the season finale for a very exciting event in Macau.” – Borkovic said after the race.

The last TCR International round is a street race in Macau on 20th of November.

Tagged under
More in this category: « BORKOVIĆ CONTINUES COLLECTING POINTS IN TCR INTERNATIONAL SERIES GREAT START FOR BORKOVIĆ IN TCR SEASON FINALE IN MACAU »
back to top