The best Serbian race car driver scored 12 points in the fifth race of TCR Europe season despite the balance of performance that is significantly hurting the performance of the Hyundai cars.

Serbian champion showed that he was the fastest Hyundai driver on Friday in the free practices. Despite the ride height change, the car is still the highest, has 97.5% power and is the heaviest on the grid, which puts Hyundais in a inferior postion especially compared to Volkswagen group and Peugeot cars and especially on the circuit like Spa Francoprchamps.

Borkovic drove on the limit, and almost crashed twice trying to make up for the time that Hyundai is loosing on the straights. His maximum effort enabled him to finish 6th in a qualifying session on Saturday, as first of Hyundai cars.

Dusan started very well in race 1 and managed to reach P4 in the first corner. He tried to overtake Azcona for the third position as he knew that he only has a chance at the start before he disappears on the straight. Borkovic was about to show what he can do when Comini hit him from the outside. Dusan managed to keep his position but it gave Azcona an opportunity to make a gap and indeed dispear on the straight line.

Borković drove to the maximum of the cars capabilities given the BOP limitations and further till the end of the race trying to catch up with Vernay, Potty and Azcona but his Hyundai couldn’t get further from p4 which was a great success given the circumstances.

When it looked like it would be an easy finish for Dusan, Peugeot driver Briche got to Dusan by decreasing the gap due to a much faster and a 90kg lighter car. Everybody thought he would overtake Borkovic but Dusan protected his position and managed to keep it till the end. 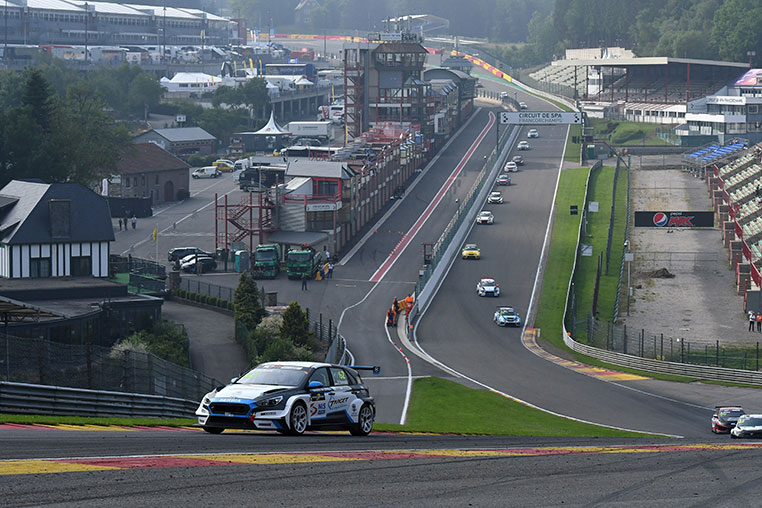 "I am satisfied that i finished the race in a better position than I started from, and a much better position than I hopped I would. This looks like a Volkswagen group and Peugeot cup, the BOP is not balanced well and is frustrating to be handicaped like this. We are 0.8 seconds slower on the straight. I see that Honda is now struggling as well to keep up the pace with them. Everybody in the Target Competition Team is happy with my performance today, and I want to say thank you to an amazing job that they are doing in preparing our cars. Despite our team efforts, and a great car that Hyundai Motorsport built, Peugeot was catching up with me so fast, more than 60 meters per straight and I don't have to point out to you how VW group left me in the dust on the straight like I was some amateur driver driving a moped. Thankfully, I managed to keep my position and finish forth with some good points. I believe the race on Sunday will be even harder because of the reverse grid with a lot of duels and contacts. I am angry and frustrated, but I am looking forward to the next race and as always I will give my best to pull out the maximum out of my machine", Borković said after the first race.

Dusan is second in the overall standings with 78 points, only 5 point behind Azcona. The next race is on Sunday at 11:20CET. Borkovic will start in the 5th position.

More in this category: « BORKOVIĆ WITH TARGET COMPETITION IN HYUNDAI FOR TCR EUROPE DUŠAN BORKOVIĆ IMPRESSIVELY TO THE POLE POSITION AND THE FIRST VICTORY IN FRANCE »
back to top