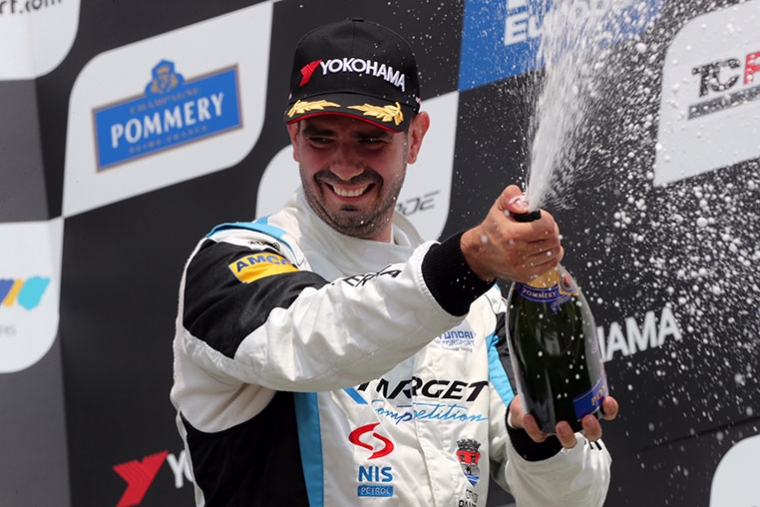 The best Serbian race car driver is one point away from the leading position in the overall standings in TCR Europe.

The best Serbian race car driver Dušan Duke Borković scored his 3rd victory in TCR Europe this season. Dusan won race 1 on Hungaroring circuit and is one point away from the lead in the overall standings. 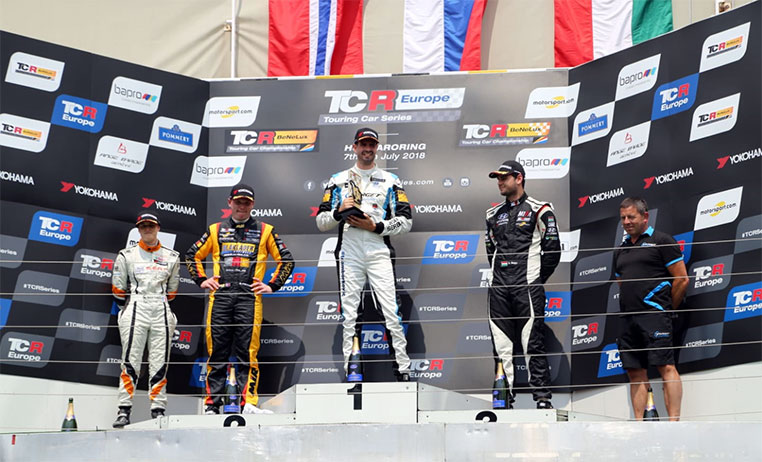 After the rain in qualifying it was clear that Borkovic had to drive carefully and patiently to finish on the podium. He started the race patiently and at the beginning didn’t take part in the fight for P1 between Filles, Tassi and Azcona.

7 minutes into the race Azcona lost a few position after a duel and Borkovic reached P3 after which he managed to overtake both Tassi and Filles.

Tassi went out after a contact with Briche and after the safety car Borkovic managed to keep his position until the end of the race. Azcona finished 4th and is now one point ahead of Dusan in overall standings.

"We have struggled a little bit since Paul Ricard with the BoP and the Compensation Weight, but everyone is in a similar position. I knew that it would be our turn again this weekend because the circuit suits the power we have as there are not so many straights here. It was hard in the wet conditions in Qualifying. I didn’t know what to expect, but I knew we wouldn’t be P1. There were some drivers faster than me and among them was Azcona, my main rival for the championship. I was driving using the dry places on the circuit and I made some clean overtaking moves. I was careful under braking and I think I managed really well. I am really happy and I want to thank my team,fans, sponsors and my Serbia", Borkovic said after the race.

Borković now has 111 points and is in second place in overall standings, only one less than Azcona in the first. Next TCR Europe race is on Sunday 8.7 at 11:50CET. Borkovic will start from the 7th place.

More in this category: « NEW SUCCESS AND THE 7th PLACE IN RACE 2 FOR BORKOVIC IN SPA FRANCORCHAMPS AFTER A WIN ON SATURDAY, BORKOVIĆ DIDN’T SCORE POINTS IN THE SECOND RACE OF TCR EUROPE IN HUNGARY »
back to top