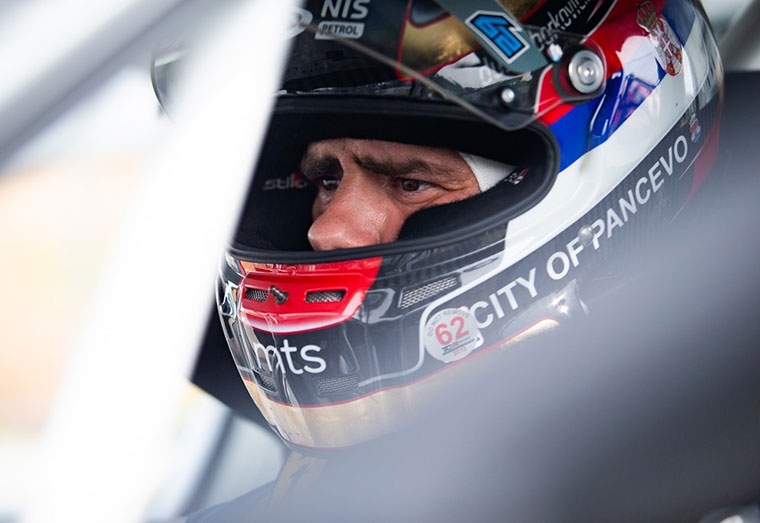 The best Serbian race car driver Dušan Borković in his Hyundai i30 N with Target Competition Team scores 3 new points in today’s first race at Hockenheiring, which places him 5th in the championship out of 34 drivers.

Borković had a tough weekend so far at Hockenheimring, he ended up scoring P14 in qualifying due to traffic in his fastest laps. First race started off turbulent with a lot of contact between drivers, Borkovic was hit by few drivers that damaged his front bumper, hood, splitter and other miscelanious parts. For the rest of the race he was slowed down by the damages, but never stopped to fight to score points at Hockenheimring. Borkovic managed to fight through and score 3 new points and place himself as a fifth driver in the championship packed with 34 drivers. 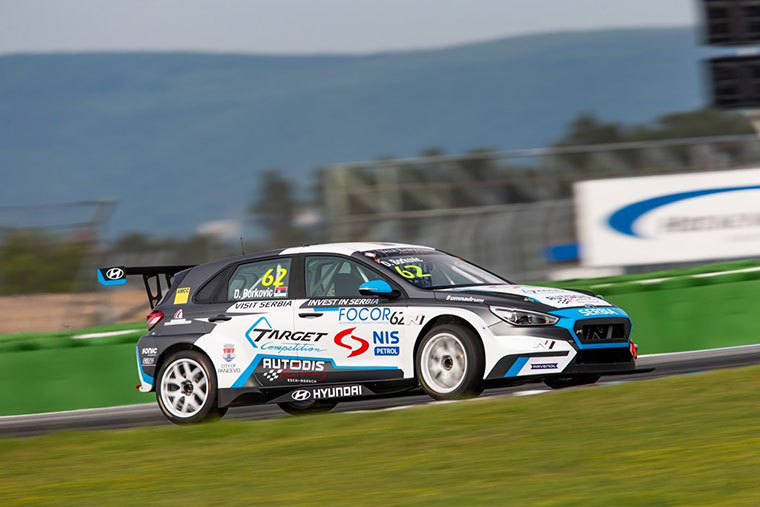 “Weekend started off bad for me. I didn’t get into the good rithm right away, since this is the first time that I drove on Hockenheimring. It’s a tough competition in TCR Europe this year, 14 of us were half of the seconds apart in qualifying. I expected Hockenheim to be a challenge considering that i never drove here before, but I didn’t expect the drivers to drive like they are playing a video game. There is not one part of my car that wasn’t hit. I am an aggressive and competitive driver, but this kind of driving is not up to par for this level of competition. I will do the best I can tomorrow to score new points and to improve on the championship ladder. As I know too well, at the end of the year every point counts!”, said Borkovic after race one at Hockenheim.

The second race at Hockenheimring will be held on Sunday at 11:35h CET.