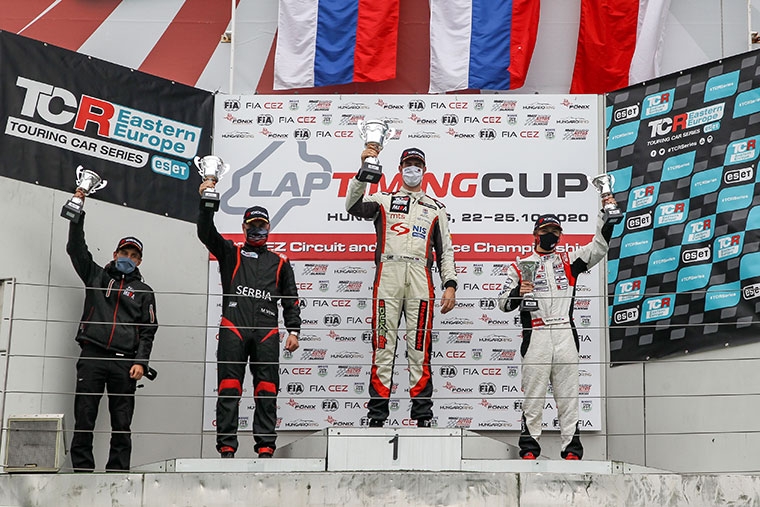 The best Serbian race car driver Dušan Borković continued his winning streak the last weekend of the TCR Eastern Europe championship, by winning the first of the two races that are being held at the Hungaroring. In the general rankings, the Serbian ace now has a maximum of 175 points and already has the title of the champion. After the fastest lap in the qualifying, Borković secured the pole position for the both races.

Although Hungaroring has practically no competitive significance for Borkovic because the title of the champion was already certain in the previous race at Brno, the driver of the M1RA team in cooperation with the NIS Petrol Racing Team demonstrated a convincing ride at Hungary and left all opponents behind for the seventh time in a row this season. 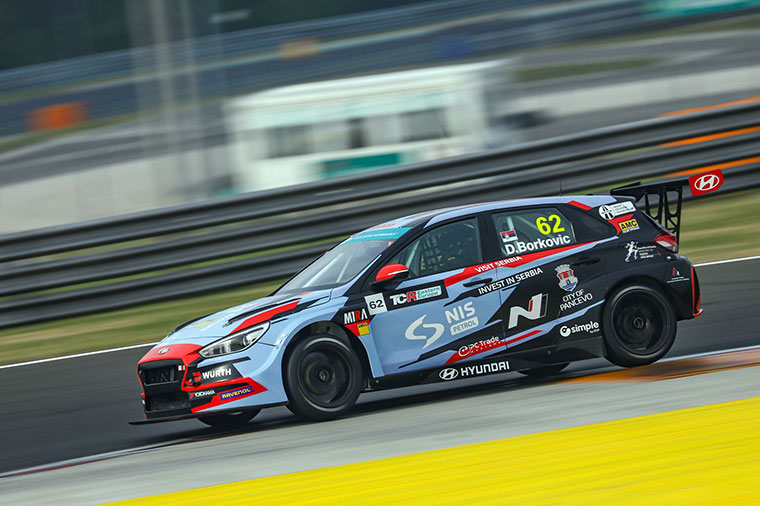 The best Serbian race car driver will start first in the second race at the Hungaroring on Sunday at 12:20h and after that he will officially take the title of the TCR Eastern Europe champion.
You can watch the live broadcast on the Youtube channel Kreator TV.

More in this category: « BORKOVIĆ DEFENDS THE CHAMPIONSHIP TITLE AT THE 53rd SERBIA RALLY BORKOVIĆ AND TEAM M1RA OFFICIALLY BECAME THE CHAMPIONS OF THE TCR EASTERN EUROPE 2020 »
back to top