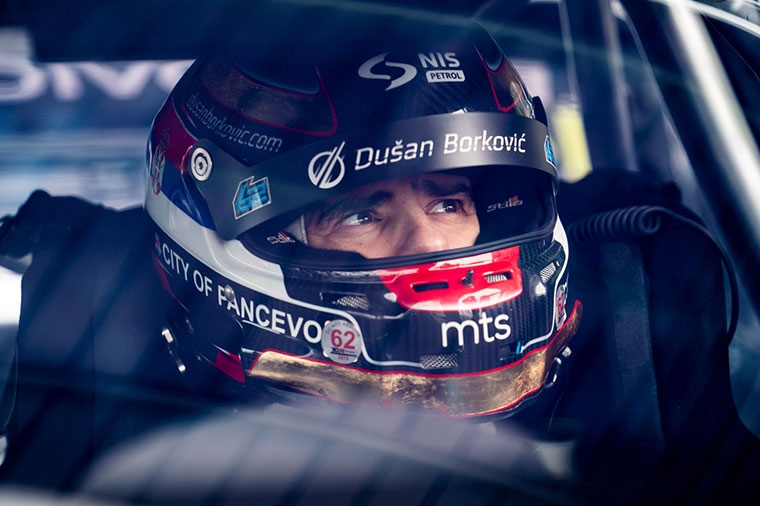 The best Serbian race car driver Dusan Borkovic won a total of 25 points after the first day of racing on the Slovakiaring, at the very start of the TCR Europe Championship. After great qualifications that he finished as the fourth and with seven points won, as well as with an additional 18 from the first race in which he took the seventh place, the Serbian ace is currently in the sixth position in the general classification out of 22 drivers.

The driver of the Comtoyou racing already in the first free practice, and later in the qualifications in which he entered into the Q2, showed that a successful start to the championship awaits him. Although Borkovic did not have many opportunities to test his new Audi RS 3 LMS, which was reflected in a slightly worse start to the first race and after being thrown off the track by a competitor in T1, he found himself in the 11th position. He soon reached the ninth place and then in the seventh lap, he defeated Jelmini in the fight for the eighth place, to finally finish the race in the seventh position. 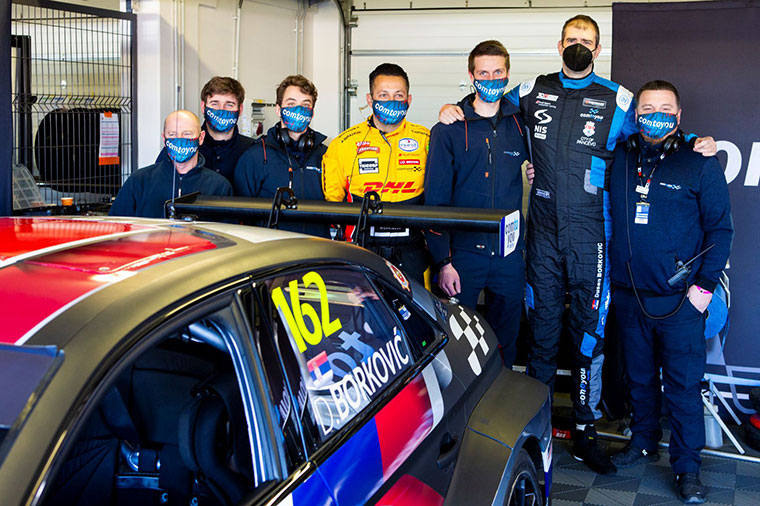 “Although my Comtoyou racing team is very happy with the outcome of the first race day, I am not, because I know it could have been better. I had the fourth starting position and lost it due to a bad start which is a consequence of insufficient knowledge of the car, and I soon lost additional positions after contact with Gavrilov I think, when he threw me on the grass. I have a hard time getting used to the new tires that are not similar to the ones I have ridden so far, and they definitely do not suit my driving style. Tomorrow I will start in the 7th position, based on the inverse order of the first 10 drivers from the Q2, and I hope that I will not have difficulties at the start like today “, said Borković after the first race at Slovakiaring. 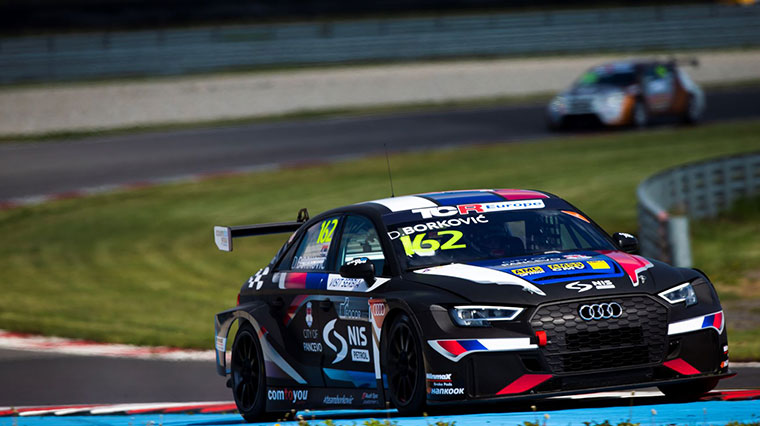 In addition to the new tire manufacturer, the Korean "Hankook", the TCR European championship introduced another novelty this year. The teams of TCR Europe unanimously voted for the change of the rulebook for 2021, which enables drivers to remove two results at the end of the season.

Now only 12 results from 14 races will be taken into account for the driver’s championship. However, all results will be valid when it comes to the team title. According to the organizers, the rule was changed in order to help the teams in case of the travel restrictions caused by the pandemic.

The best Serbian race car driver will start seventh in the second race at Slovakiaring on Sunday at 13:55. Viewers can watch the live broadcast on RTS 2 in Serbia and TCR TV on Youtube.

More in this category: « BORKOVIC IN AUDI WITH COMTOYOU RACING IN THE RACE FOR THE TCR EUROPE TITLE DUSAN BORKOVIC SCORES 36 POINTS AND SUCCESSFULLY COMPLETES THE FIRST RACING WEEKEND OF THE TCR EUROPE CHAMPIONSHIP IN THE 7TH POSITION OVERALL »
back to top