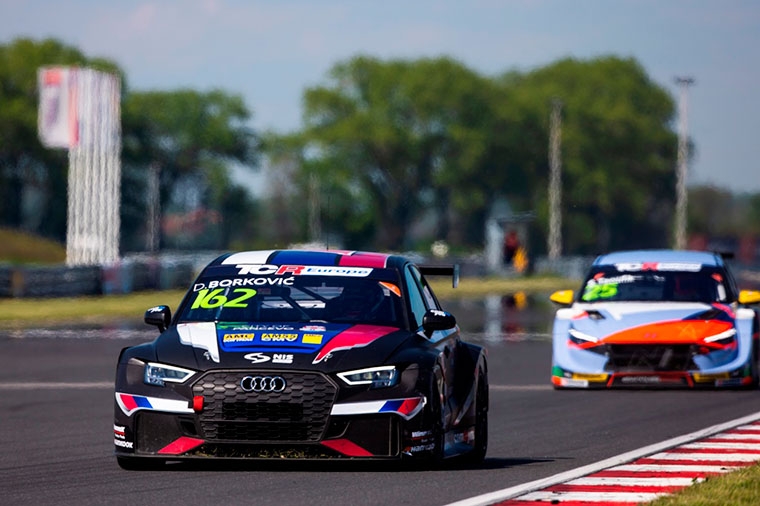 The best Serbian race car driver Dušan Borković, after the first racing weekend held on the Slovakiaring, collected a total of 36 points and now holds the seventh position in the general classification. On the Saturday, Dušan scored 25 points by qualifying in the fourth place and finishing the first race in the seventh place. He finished the second race in the tenth position and collected another 11 points.

The driver of the Cometoyou racing in the second race started from the seventh position based on the inverse order from the qualifications, and the course of the race was marked by numerous duels in which the Serbian ace was with the Langeveld, Homola and Jelmini. 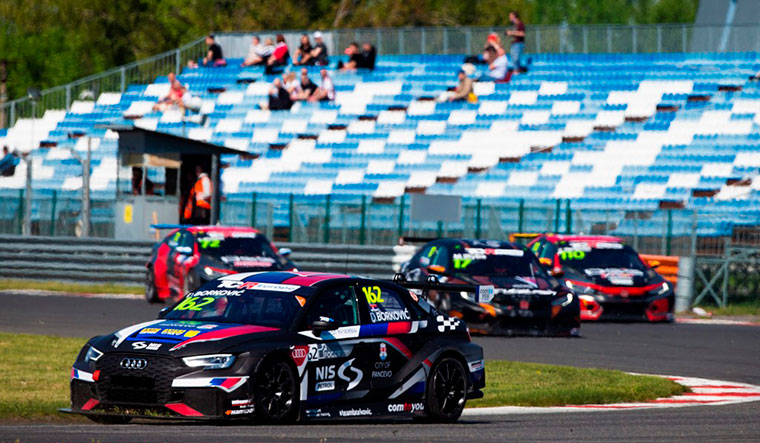 “"It was a good race, full of good duels where you can see how strong the competition is. I predicted that in this championship at least ten drivers would fight for the podium in each race. This is the first racing weekend and I have to be satisfied, considering my new Audi RS 3 LMS which I am still getting used to. I will go race by race, but the most important thing is to win points at each one and enter the top ten. My wish is still the top five in the general standings and I hope that it will come true already during the next weekend in France”, said Borković after the second race on the Slovakiaring. 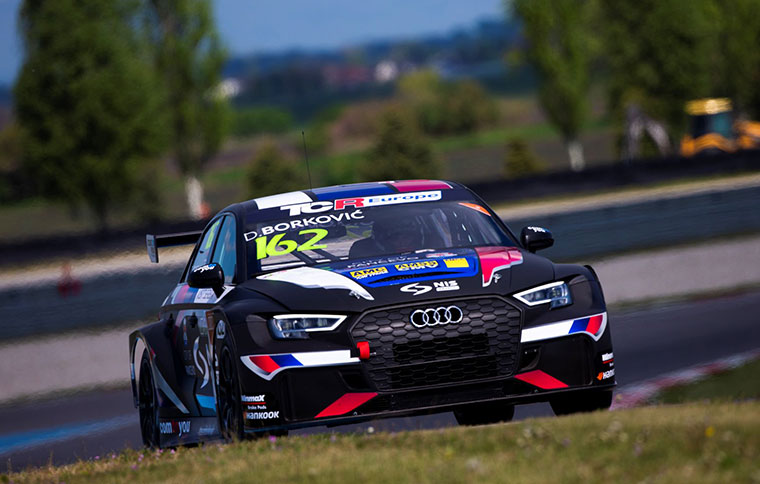 The second weekend of TCR Europe will be held on May 28 and 29. on the Paul Richard track in France.

More in this category: « DUSAN BORKOVIC EXCELLENT AT THE START OF TCR EUROPE SEASON OPENER AT SLOVAKIARING NEW POINTS FOR BORKOVIC IN TCR EUROPE AT THE PAUL RICARD »
back to top