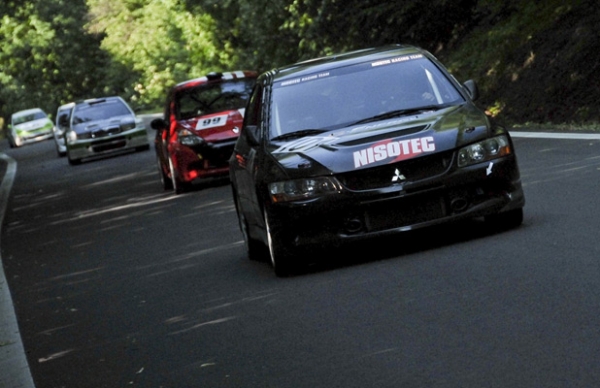 The best Serbian race car driver Dusan Borkovic, member of Nisotec Racing Team scored his fifth victory in the fifth race of this year’s FIA European Hill Climb Championship. After triumphs in France, Austria, Spain and Portugal Borkovic not only won the race in Czech Republic (ECCE HOMO Sternberk) but has also won the record for category I (cars).

There is a pause that follows in the European Hill Climb Championship. Continuation of the season is scheduled for June 30th, when it will be held in Italy in the sixth race of this year’s series (62 ° Trento Bondone).

In the Czech Republic Borkovic once again justified the role of the season’s favorite. After brilliant performances so far this season, Pancevo’s champion regardless of the number of problems once again set the record of the track – 4th record in five races. By doing this Borkovic no doubt has justified the support of all those who stand by him in order to win the European title. Before the start of the season Dusan promised to try to have 12 wins in12 races, and for now he is on the right track – 5 wins 5 races.

“I am happy that I managed to fulfill the expectations of fans and kept my promise – I have triumphed in all the races held so far. Thank you sponsors, fans, … There is no time for celebration. Nisotec Racing Team and I will use this break in European Championship to prepare for the challenges that are before us. I believe more and more that this year Serbia can have a European champion in car racing “- Dusan Borkovic said after the race.