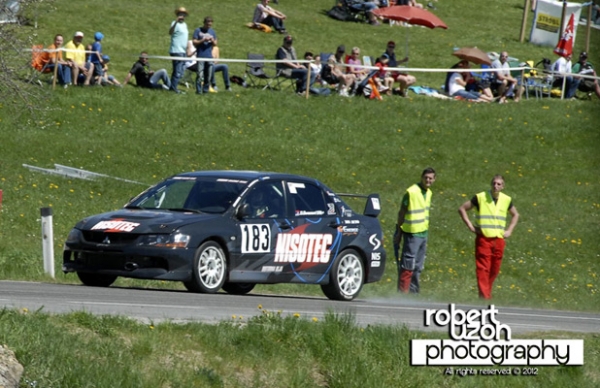 Among a very strong competition Borkovic was the fastest in both races that were driven today and deservingly won maximum number of points on the road to become the champion of Europe. Borkovic was victorious today despite the huge problems with the car, because of which participation in the next race that is going to be held in 14 days in Spain is questionable.

Thousands of people watched the race along the track, and the best Serbian race car driver had great support of Serbian fans that came to the race.

“It’s a very tough race and an important victory. I repeated last year’s success and I am glad to make our fans, that were present in large numbers along the track, happy.

Troubles with the car concern me. I think that it’s a problem with electronic components and I believe that members of Nisotec Racing Team will be able to fix it for the next race and hope that in Spain we will continue the winning series. Once again I want to thank NIS Company, without whose help I would not have been able to rejoice today. As I promised, I will try to have 12 victories in 12 races this season. Thanks to the Ministry of Youth and Sport of Serbia, City of Pancevo and MS auto service. “- the fastest Serb said immediately after the race.