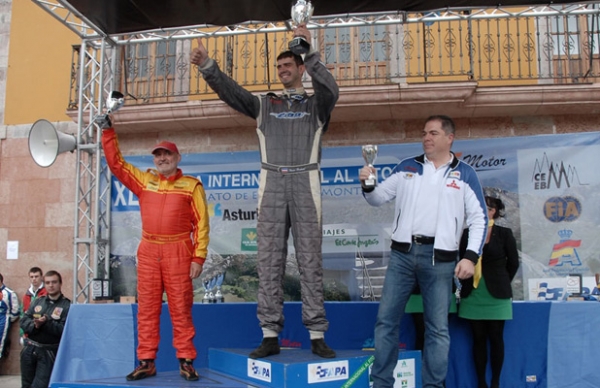 The best Serbian race car driver Dusan Borkovic and a member of Nisotec Racing Team marked a third win in this year’s FIA European Hill Climb Championship. After triumphs in France and Austria Borkovic won the third race that was driven this weekend in Fito, Spain.

It wasn’t easy for Borkovic to triumph in XLI Subida Internacional al Fito.

Competition was tougher than in previous races, with more than hundred competitors signed up.

There were two races on Saturday and one on Sunday. Serbian champion was the fastest in all of the three races and in the last performance he broke his own track record. The competition was watched by more than 100,000 spectators who greeted Dusan Borkovic with standing ovations during and after each race.

Borkovic had many problems with his Mitsubishi Lancer Evo IX, but despite them all didn’t fail to triumph. The next race in European Championship will be driven next weekend in Portugal. Dusan Borkovic and members of Nisotec Racing Team will not return to Serbia, instead they will go directly to Portugal where they will try to prepare the car for the next challenge.

“I am really very happy to achieve another victory, and to take down my own track record. I want to greet all my fans in Serbia, and also to thank the Spanish audience who greeted me with standing ovations. Thanks to all my sponsors. I will try my best to bring a victory from the race in Portugal. At the beginning of the season I said that our goal is to try to achieve all 12 wins, and so far everything is going according to the plan “- said Dusan Borkovic with a big smile after the race.