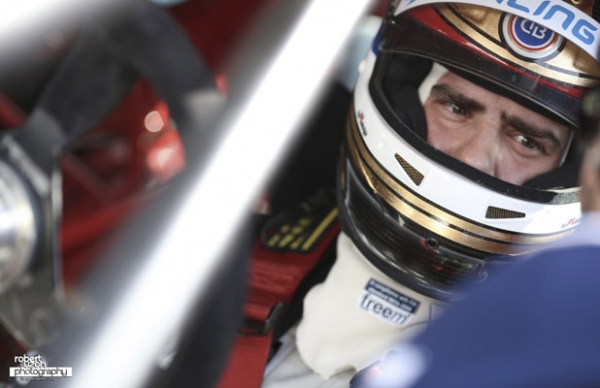 Dusan Borkovic, a member of the NIS Petrol Racing Team won points in both races that were driven today at Monza. In the first race he finished in 8th place, in the second race he was third in the strongest class (S2000) of elite European competition.

Fastest Serb Dusan Borkovic successfully started the season in the FIA ETCC – European Touring Car Cup. On Sunday, under the heavy rain on the famous racetrack in Monza two races were held. Despite the problems with under-prepared car Borkovic achieved significant results.

In the first race Borkovic started at 4th position. His driving was great, he broke through to the second position and attacked more. After contact with another car Borkovic’s Seat Leon has lost part of the bumper. In the middle of the race judges punished Borkovic by passing through the pit, which prevented him from fighting for the top. At the end of the race Borkovic had 8th time in the S2000 class.

Half an hour later the second race driven. Borkovic started at 17th position, but with his great driving and against all odds he was third at the finish. Achieved result is even more significant when you consider that Borkovic’s competitors are much more experienced in this competition, had cars that were better prepared and had a lot more tests done.

“In the first race I had a problem with the over steering and the car behaved like it was on ice. Passing through pit penalty was followed by inappropriate crossing over the yellow line in the second turn, which I was not aware of at the time, as I drove under a huge adrenaline rush. Later, I lost part of the bumper after contact with another car. Second race started with a new bumper, but I lost the wiper blade, so the conditions were extremely hard to handle since it was very hard to see. It was dangerous, especially when braking, where there was a steep decrease of speed and trying to avoid impact with the car in front.

In any case, third place in the second race and a total of seven points in Monza have encouraged me and gave a positive signal for further challenges which have a prerequisite to have the car prepared better. Lets go!!!”- Borkovic said after the race at Monza.

Next two races will be driven on 28th and 29th of April in Slovakia.

More in this category: « Slovakia ring: Collision disrupted the appearance of our champion NIS and Dusan Borkovic continue fruitful cooperation within NIS Petrol Racing Team »
back to top